Galin Tihanov, The Birth and Death of Literary Theory: Regimes of Relevance in Russia and Beyond. Stanford University Press, 2019. 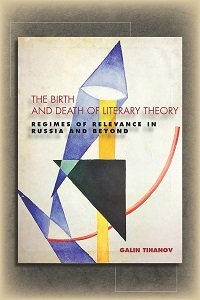 Galin Tihanov’s The Birth and Death of Literary Theory astutely addresses the study of literature as intellectual history, specifically during the interwar decades of the twentieth century. Coining the seminal term "regime of relevance," inspired by Foucault's work on regimes of truth, Tihanov carefully examines the social and cultural constellations associated with World War I that impacted Russian Formalism and its theoretical apparatus, and traces the fortunes of literary theory as mediated and, ultimately, conditioned by the changing ways in which literature matters in and for society in the interwar decades and into the early 21st century. From its inception, through to the recent debates on World Literature, these concepts have never completely died (although the 1990s are offered as an expiration date). Beginning with Viktor Shklovsky, Tihanov also offers insightful discussions of Gustav Shpet and Mikhail Bakhtin, preparing the reader for a broad treatment of semantic paleontology and the Russian emigres who took their concepts into exile as part of a transnational dialogue. The birth of literary theory occurred in Russia but continued to mature in Eastern and Central Europe. Appreciatively, Tihanov engages with the scholarly discourse on the circulation of literature, arguing that Russian interwar emigres in Paris or Berlin were split between conceiving of literature in terms suggested by an older (nationally shaped) regime of relevance, and a new regime that was emphasising literature's interaction with other literatures and its private use value. This confounds the marginalization of non-Western capitals when mapping the territory of a World Literature. Perceptively, this book asks those involved in literary studies to re-evaluate this (dead?) discipline for its relevancy in the twenty-first century. 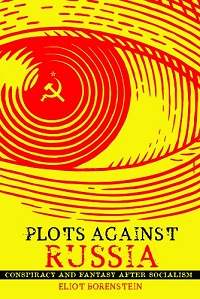 Eliot Borenstein’s Plots Against Russia shrewdly situates itself within three disciplines (literary theory, political science and contemporary history), in order to examine conspiracy discourse in contemporary Russian society. Borenstein convincingly argues that Russia’s conspiracy boom is indebted to the revelations of the Soviet falsifications of history, disclosures which paradoxically undermined evidentiary standards of truth. He also suggests how the early, chaotic post-Soviet period, when it seemed hopeless to make sense of the world, contributed to the rise of conspiracy discourse, which promises to restore meaning to contemporary events. Most importantly, Plots Against Russia makes a major contribution to the study of conspiratorial thinking as a mode that finds its most succinct and powerful expression in memes. The first chapter in particular provides a compelling theoretical structure for similar scholarly explorations. Borenstein argues that in its early stages, conspiracy thinking is not alien to irony or play or even the temporary adoption of an alien “subject position” required of a reader of fiction. Russian historical circumstances have encouraged an obsession with conspiracy, which has enabled the “species jump” from fiction to alternative history to the formulation of national policy. This is a book that combines close readings with paradigm-setting theoretical insights grounding the investigation of conspiracy thinking in both literary scholarship and the digital humanities (or digital inhumanities, as the case may be).

Kelsey Rubin-Detlev, The Epistolary Art of Catherine the Great . Oxford University Studies in the Enlightenment, 2019. 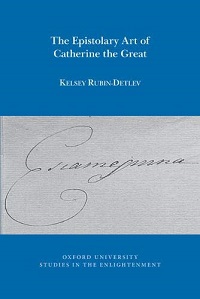 Kelsey Rubin-Detlev’s The Epistolary Art of Catherine the Great takes the reader on a fascinating journey through the lifetime of letter-writing by Russia’s longest ruling female monarch. Meticulously researched and rich in textual examples, the monograph explores many aspects of Catherine’s epistolary corpus. While the book’s chief goal is to analyze the ways in which Catherine “fashioned her epistolary persona as a member of enlightenment elite,” it has so much more to offer readers. Rubin-Detlev masterfully combines a detailed chronological account of different periods in the Empress’s letter writing with cultural analysis of Catherine’s addressee network, offering a nuanced reading of language, style, and personal voice in the letters. This monograph provides sophisticated comparisons with the epistolary heritage of other prominent enlightenment figures and uses compelling diagrams and maps to illustrate the density of the empresses’ epistolary network. In addition to thorough cultural and historical content analysis of different letter types, Rubin-Detlev explores precise details, such as material elements of the letters, as well as broader ideological implications, such as the issues of self-representation, gender, power, and control. The monograph truly brings to life the complexity of Catherine’s voice as reflected in her letter writing art as it evolved over decades. This book is a must-read for anyone interested in the cultural history of the eighteenth century, and an inspiring example of cultural and literary analysis of epistolary heritage. 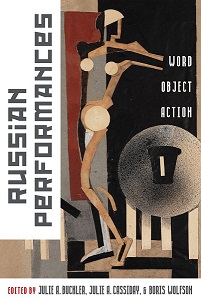 Of all submitted collections of articles this year, Russian Performances: Word, Object, Action best meets the three criteria we officially established for this category of publication. The Introduction provides a cogent conceptual framing for the volume that highlights its original contribution to the field and connects the individual chapters. The contributions are arranged in sections that reflect that conceptual framing, moreover, in an order that makes sense. And individual chapters are of consistently high quality in terms of (a) the relevance and originality of the argument; (b) the rigor and comprehensiveness of the research; and (c) the clarity and effectiveness of the writing. In short, this eloquently original volume should inspire further studies of Russian culture from a boldly novel perspective that enables us to consider familiar works anew, thereby transforming our sense of them. 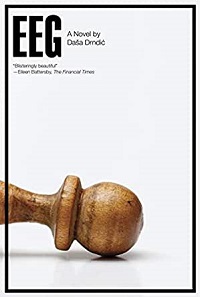 In the last novel published before her death in 2018, Daša Drndić offers a portrait of the thick connections between past and present, youth and old age, living and dying, the private self and collective history, all wrapped in a meditation that is no less hypnotic for all its many thematic and stylistic shifts. Celia Hawkesworth, who has translated many important works of modern Croatian literature (including two other novels by Drndić), navigates the text’s audacious variety of subjects, registers, and forms with impressive fluidity and ingenuity. The care of her rendering can be felt on every page, so that what might have been merely dizzying instead entrances, amuses, and provokes. Here, the artistry and scholarly precision of the author find their echo in the work of the translator. The book represents a significant contribution to European letters in English that will prove as instructive in the classroom as it is delightful for the engaged general reader. 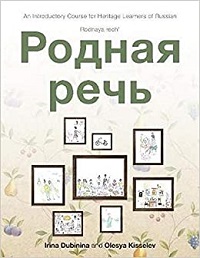 The textbook is designed for bilingual (heritage) speakers who have long been neglected in language practice. Tapping into heritage learners’ knowledge, the textbook provides heritage speakers with strategies not only for the systematization of their language skills but also for independent exploration of vocabulary and grammar. In addition to addressing the reduced morphological repertoire of heritage learners, the authors put an emphasis on gaining breadth in vocabulary knowledge, thus offering a fresh approach to the lexical system in Russian. Irina Dubinina and Olesya Kisselev demonstrate their deep understanding of language instruction for bilinguals which is characterized by innovative methods and new cultural perspectives never used before in language classrooms