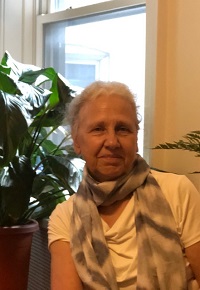 Irina Reyfman has been among the most prominent scholars in our field for some time. With five authored or co-authored books, two edited volumes, and countless articles, Irina has produced a body of scholarship that has troubled inherited narratives, offered insightful new contextualizations, and moved the field. While she has served as President of the Eighteenth-Century Russian Studies Association and is perhaps best known as a scholar in that area, her work ranges over much of modern Russian literature, and she is particularly skilled at demonstrating the critical importance of the formative period of modern Russian literature to its later developments. She has deconstructed the myth of origins of Russian literature through the figure of Vasiliy Trediakovsky; elucidated the history and semiotics of dueling in life and literature; and examined the profound significance of rank and state service as a formative context for Russian literary practice, as writers continually negotiated between their state service expectations and their service to the republic of letters. Her most recent publication, the magisterial Oxford History of Russian Literature, co-authored with Andrew Kahn, Mark Lipovetsky, and Stephanie Sandler, only serves to cement her place as one of the most knowledgeable, productive, and, just as important, collegial senior scholars whom we are privileged to work with. For her broad vision and insight, groundbreaking critical interventions, and generosity in her scholarship and mentorship of young scholars, we are thrilled to recognize Irina Reyfman with this award.

Candidates for the award for Outstanding Contribution to the Profession are expected to meet one of four criteria: Karen Evans-Romaine excels in all four areas, in her extraordinary commitment to academic leadership and service, graduate and undergraduate education, and pedagogical innovation. As Professor of Russian at the University of Wisconsin, Madison, she serves as Co-Director of the university’s federally-funded Russian Flagship Program, which she helped to establish in 2010; and Faculty Director of the UW-Madison Russian House. Karen is a leading specialist in Russian language pedagogy: she is co-author (with Richard Robin and Galina Shatalina) of Golosa, a two-volume textbook for elementary Russian used across the United States; she also directed the Kathryn Wasserman Davis School of Russian at Middlebury College from 2003 to 2009, and coordinated the school’s first-year Russian program from 2001 to 2003. Her contributions to teaching pedagogy go beyond her publications and leadership, from her training of graduate teaching assistants in UW-Madison’s Department of German, Nordic and Slavic, to her accomplished teaching in Russian language, literature and culture, across a range of academic levels, topics, and historical periods. Meanwhile, her research goes beyond the field of Russian pedagogy, examining points of contact between Russian and German literature, and between literature and music, with a focus on the work of Boris Pasternak. Celebrating the indelible legacy of her scholarship, teaching, mentoring, and service, we honor Karen Evans-Romaine with the 2020 Award for Outstanding Contribution to the Profession. 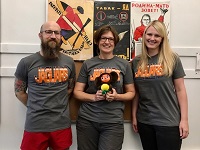 Pritzker College Prep in Chicago, part of the Noble Network of Charter Schools, serves a largely Latinx community and provides instruction in Russian as the only foreign language. Lead teacher Phil Stosberg established the program and its high standards of instruction and diverse programming, including working with David Bethea at the University of Wisconsin, Madison, to establish and get grant support for a summer Pushkin camp at the university which 20 students attend for 6 weeks each summer. Former students cite his passion for Russian culture and his enthusiasm and generosity in sharing it. Lauren Nelson turns ideas into action and with her energy and encouragement, engages students more deeply into the opportunities the program offers. Her colleagues cite her ability to get students past their initial intimidation by the language, and many end up loving it and study it in college, where she continues to provide mentorship to some. Rebecca Kaegi works to broaden students’ engagement with Russia beyond the language, encouraging other teachers to bring Russian current events into their curriculum, encouraging students to connect to Russia through their own passions, and enabling additional summer camp immersion opportunities with Russian-speaking students from other schools. Together the team offers a rich and diverse Russian curriculum to an underserved community, opening new worlds to students and igniting their passion for further study, so we are proud to recognize their work with this award.

Dr. Brunilda Amarilis Lugo de Fabritz is Master Instructor of Russian at Howard University, where she teaches courses in Russian language, literature and culture, and in the university’s General Education program. Though Howard’s sole faculty member in Russian, Amarilis sustains a vibrant Russian Studies Program; her curriculum is celebrated for its innovation, and its engagement with institutions in the Washington, D.C. area, including the Library of Congress and the Kennan Institute. Moreover, Howard is the only Historically Black University with a Russian Studies program, and Amarilis is distinguished by her outreach among American students of color, both within the university and across our professional field. She is a tireless advocate for equity and inclusion, spearheading a national movement among Minority Serving Institutions to bring Slavic Studies to underrepresented populations. Amarilis has organized colloquia and events for people of color across the United States, including two workshops at Howard in the last year alone. She has collaborated with AATSEEL and ASEEES to bring students of color to regional and national conferences, and is currently working with NYU’s Jordan Center for the Advanced Study of Russian to fund student travel to New York City for Russia-related events. Recently, Amarilis also served as principal investigator for a successful grant application to the U.S. Russia Foundation, to develop a mentorship and outreach program for students and faculty of color in Russian area studies. A dedicated instructor, and a champion of diversity in Slavic Studies, Brunilda Amarilis Lugo de Fabritz exerts a profound impact on our field, and we are pleased to honor her with the 2020 Award for Excellence in Post-Secondary Teaching.

Julia Vaingurt is Associate Professor in the Department of Polish, Russian, and Lithuanian Studies at the University of Illinois at Chicago. Over her career at the university, she has dedicated herself to the development of students at all levels. As one graduate student notes, Julia’s “door is open” – often literally, always metaphorically – to students and colleagues, demonstrating a profound intellectual generosity. Her innovative seminars, on topics spanning the breadth of modern Russian literature and theory, are beloved by UIC students, who emphasize her insightful and constructive feedback on student writing. Julia also receives passionate praise for her advocacy for students within the university, and her commitment to mentoring students, which extends well beyond the time of graduation. She has also been instrumental in shaping UIC’s MA and PhD programs in Polish, Russian, and Central and Eastern European Studies, and she currently serves as her department’s Director of Graduate Studies. A leading specialist in Russian Modernism and the Avant-Garde, Julia regularly organizes events on twentieth-century and contemporary Russian literature and culture, contributing to the department’s rigorous intellectual environment. We honor Julia Vaingurt with the 2020 Award for Excellence in Post-Secondary Teaching. 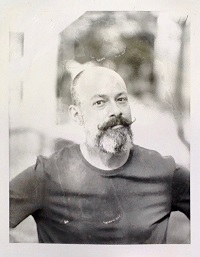 Professor Kevin Platt (University of Pennsylvania) is one of the most active Slavists in the field, organizing field-defining conferences, workshops, and research laboratories. In 2015-2017 he served as AATSEEL President, and in this capacity he spearheaded the reform of the organization’s annual conferences. Thanks to this reform, the AATSEEL conference has become a major intellectual event, incorporating different panel streams and clusters, advanced seminars and workshops, and other exciting events. Previously a quiet annual meeting in the shadow of the MLA convention, the AATSEEL annual conference is quickly emerging as an important site for the exchange and debate of ideas. Reimagining and reconfiguring the conference required perseverance, vision, and energy, and Kevin demonstrated all of these qualities in his leadership. 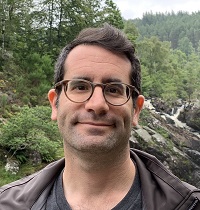 This reform would not have been such a success without the wholehearted support of other conference organizers, first and foremost Jon Stone (Associate Professor of Russian and Russian Studies, Franklin & Marshall College), who served as AATSEEL's Program Committee Chair from 2014 to 2019. Five years is a long time to serve in this demanding role, which Jon not only fulfilled with class, kindness, and respect for all involved, but also while working towards promotion to tenure. Jon's contributions to the program have made the annual conference a more humane experience for attendees, but also a well-organized event. The introduction of panel streams was an important part of the conference reform, implementing a dynamic mode of interaction that allows for more sustained conversations with colleagues on topics of mutual interest, and Jon implemented this feature with precision and vigor. Jon's attention to detail also made the conference schedule more streamlined and easier to navigate for attendees, which is a great achievement. AATSEEL is very grateful to Kevin Platt and Jon Stone for their contributions of energy, time, and commitment to improving the conference experience for all of our members.


Emeritus Award for Outstanding Dedication to the Profession: Janet Tucker

Janet Tucker (Professor Emerita of Russian Language and Literature, University of Arkansas) is a scholar whose research extends across two centuries and includes three books: Innokentij Annenskij and the Acmeist Doctrine (1987), Revolution Betrayed: Jurij Oleša’s Envy (1996), and Profane Challenge and Orthodox Response in Fyodor Dostoevsky’s Crime and Punishment (2008). Janet was also the architect of the Russian Studies program at the University of Arkansas. Her academic path is astounding, and not traditional by any means. Like many female pioneers in the academy, Janet had to overcome systemic barriers to women’s advancement; her character illustrates an incredible tenacity, perseverance, and dedication to research, and in this it corresponds to many Russian radical literary characters, who were uncompromising in pursuing their goals. After receiving her Ph.D. at the University of Indiana in 1973, Janet worked tirelessly, publishing an article per year for seventeen years, and doing random jobs such as gift-wrapping, meat-slicing, and part-time teaching and tutoring, before receiving a full-time position at the University of Arkansas in 1990. When asked why she persevered without academic employment for seventeen years, while nonetheless continuing to publish, she replied: “because when you dedicate yourself to Russian literature, you’re nominally crazy ― it’s something that grabs hold of you, and it’s something that is not just a field of study, but rather your life passion.” Janet was not only a prolific scholar, but also a devoted teacher and advocate for the humanities. Across twenty years of service to the field of Slavic Studies and to the university’s Russian Program, she generously mentored numerous students, several of whom have in turn become academics. Janet’s remarkable empathy and compassion, her passion for helping students, and her commitment to teaching are inspiring examples for all of us. With this award, AATSEEL expresses its admiration and gratitude for Janet Tucker’s remarkable dedication to our profession.